Does money make us happy?
Have you ever thought, If I just had more money, I’d be happy? With more money, I could do more, be more, have more, and then, finally, feel peace of mind? You’re not alone.

Most of the population, financially wealthy or not, believes that if they just had more money, they’d be happier. Put simply, we have been fooled into thinking we get happiness with money. We think it can be bought. Most people don’t feel they have enough money for even a basic standard of living, so I can see why they might think it would be the panacea to their troubles. Today, less than one percent of the population has the majority of the money while everyone else struggles to make ends meet. There is no judgement here: it is simply a condition we find ourselves in. Given the broad range within that one percent, most of them would say that they too struggle to make ends meet. Often, the more you make, the more you spend. Many wealthy folks would also agree that the money made them happy for a while, then it lost its shine. They reached a certain point where money no longer had the same happiness boost it once did.

But throwing more money at our problems won’t resolve them. We know that money doesn’t necessarily bring happiness and it certainly doesn’t make you content. While material goals can perhaps be honourable, they often require giving up more time to make more money. We see evidence everywhere of how the relentless accumulation of money often destroys relationships, families, and our health and well-being. It’s easy to see the damage done by the relentless drive for money with too little time spent elsewhere. We’ve all witnessed or experienced first-hand parent-and-child relationship breakdowns and family breakups where money had a role. We all know children (and adults too) who have become lost, unmotivated, and often abuse drugs or alcohol. In developed nations, the “lost generation” of our youth is as widespread among the wealthy as it is in the rest of the population. Life-threatening illnesses often associated with stress affect the affluent as much as anyone else, with “dis-ease” affecting most people in some way. There is a pervading sense of lack of meaningful purpose or a struggle to find clarity of direction affecting both young and old in our economically advanced nations. Of course we can’t blame all this on money. It is not money’s fault. However, we can blame our dysfunctional relationship with money, since it usually plays a significant role.

“Throwing more money at our problems won’t resolve them.”

When we understand that our resources are so much more than money yet observe how those resources are often devalued, misused, misunderstood, and, at worst, ignored, it is no wonder that so many of us, whether rich or poor, feel discontented. 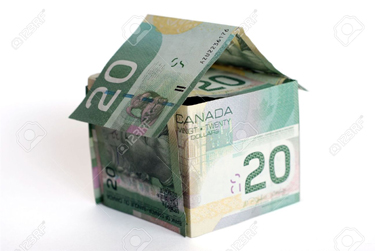